We're very proud of our shows, written and produced through our workshop.  Have a look at our list of accomplishments.
Liz Femi 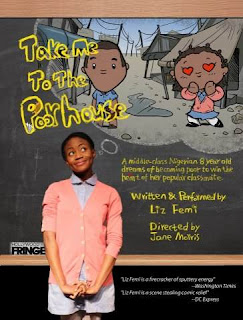 Take Me To The Poorhouse is a story about a precocious, Nigerian, middle class third grader  (Lizzie) who dreams of becoming poor to have “soul” and win the heart of her classmate. In this ‘reverse fairytale’, we meet a charming 72 year old “African Matlock”, tackle Voltron (defender of the universe), experiment with Jerry curls, discover a local cook who serves “secret delights of a cow”, and reluctantly befriend a headstrong 7 year old suitor with an over-confident lisp.

Inspired by true events, Take Me To The Poorhouse is about a girl eager to reject herself to feel like she belongs. This children’s story for adults offers a fresh glimpse of African life. 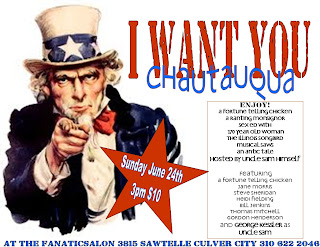 "Chautauqua"George Kessler's wonderful variety show has become a bi-monthly event at the fanaticSalon.  George himself plays Uncle Sam and hosts an old timey cast of acts and characters with a thoroughly timely dose of satire. Featuring some of our very own Write Work performers and a fortune telling chicken, the Chautauqua bases its acts on the Chautauqua's of old with scientific lectures (by Jane Morris), antic tales (by performers such as Gordon Henderson,  Jay Leggett, Viva Krasinski, and Michelle Philippe), music with the Illinois songbird, Heidi Fielding,  jazz legend Fred Kaz.  . Stay tuned for our next date! 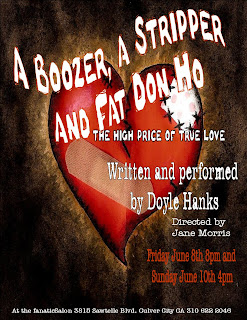 Doyle Hanks
"A Boozer, A Stripper and a Fat Don Ho" opened June 8th at the fanaticSalon.
The audience says!
"Beautiful, funny, raw, honest, poignant, witty, insightful words from you. You are a great writer and a fantastic actor/performer. Bravo! "

Doyle is a stand up comedian and teaches middle school. His slog through miserable love affairs and alarming dates suddenly and surprisingly brings him to the loftly plane of true love.  But misery is easy. And happiness is a lot of work.  A fresh and funny take on the lovelorn and the lovers.
Directed by Jane Morris. 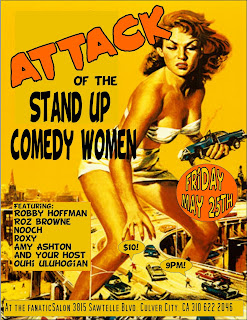 Roz Browne and Robby Hoffman
"Attack of the Stand Up Women"  Some of our writers are stand ups.  The girl ones put this marvelous show together with some very talented friends and the result was an evening we wouldn't have forgotten if we hadn't had such a great party afterword. Produced by Roz Browne.

Becky Wahlstrom
"All In" at the fanaticSalon.  Becky premiered her newest work in May 2012 to two sold out houses and two standing ovations.  An adventurous person and a superb actress, Becky chronicles her life as an outsider wanting in, from her failure to land a slot on the New Micky Mouse Club to her failure to find the red carpet when her show was nominated for an Emmy and all her successes in between.  You've seen Becky lots of times on Mad Men, CSI, NCIS and many other shows, as well as being a series regular on "Joan of Arcadia" her Emmy nominated show. Directed by Jane Morris and Jeff Michalski. "All In" had a Chicago run at the Chopin Theater. 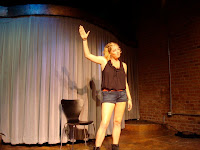 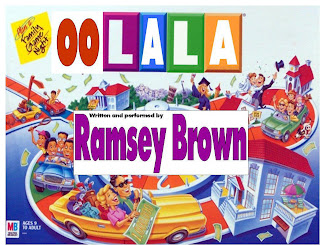 Ramsey Brown TWO SHOWS!
"Killing It"  and "OohLaLa" in Vermont at the and the, at the fanaticSalon and soon to open at the Hollywood Fringe Festival. Ramsey began working on the pieces that became "Killing It" with Paula Killen in the Write Club.  Ramsey's mother pushed her to put her work together into a show and Jane Morris directed Ramsey's effort, resulting in the screamingly funny show which Ramsey performed in Vermont at the and at the fanaticSalon.  Her amazing success spurred her to write a second show, a true coming of age as a performer and writer.  "OohLaLa" opened last year to full houses and a million laughs and has played at the fanaticSalon, in Vermont at The Big Picture and the Skinner Barn,  and at the The Zypher Theater and the Missing Piece in Los Angeles.  "OohLaLa" continued its happy run at the 2012 Hollywood Fringe Festival at the Theater of Note and at the Minnesota Fringe Festival. 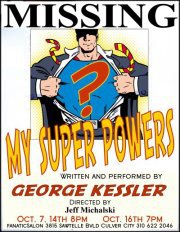 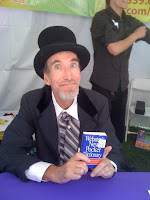 George Kessler
"My Super Powers" at the fanaticSalon.
The cover of Superboy 96 reveals to young George the sad story of his life: his superpowers have somehow been lost or stolen. Searching in vein for the proper radio active animal bite or chemical accident, the innocent world of Superman gives way to the dark world of Marvel Comics, as the real world also becomes ever more ominous. Directed by Jeff Michalski

He has also written essays for "War Zone: Tales from LA Unified"  and "I Love a Good Story" (produced by Lauri Fraser) at the fanaticSalon. 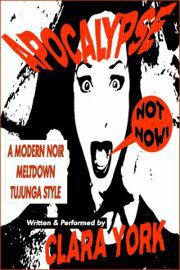 "Apocalypse, Not Now!"  has played at the Hollywood Fringe Festival, the fanaticSalon and the McGroarty Arts Center in Tujunga. "Apocalypse, Not Now! showcases stoner, alcoholic and former hand model, Clara York. Telling the story of how the fires in Tujunga forced her agoraphobic little self out of her home after nine years, only to be faced with two other natural disasters in the form of flood and mudslides. Stronger than the natural disasters she recounts, York herself is a comedic force to be reckoned with."  Directed by Jane Morris.
"Apocalypse, Not Now" is set for an upcoming performance in October 2012 at the Ice House Theatre in Pasadena.
For a full review of Clara's remarkable show go HERE
Posted by fanaticSalon Theater at 1:00 PM 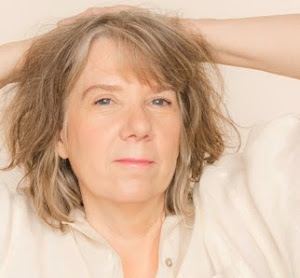